…And So Were German Turners 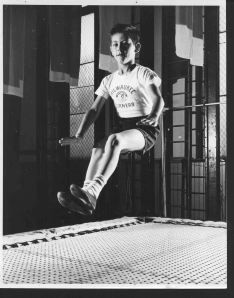 When my friend Lois Glewwe mentioned a few weeks ago that she’d happened upon a 19th century missionary organization whose sole goal was to convert Roman Catholics to Protestant Christianity, I laughed and emailed back, “Irish-Catholics were ‘heathen,’ too!”

I was thinking of 19th century characterizations of the Germans of New Ulm. The prejudice against New Ulmers was so strong that it birthed a German counter-narrative to the master narrative preached by European-Americans whose ancestors were longer-settled in America.

For example, 19th commentators who today we might loosely characterize as WASPs — White Anglo-Saxon Protestants –characterized the women of New Ulm who are said to have led the November 9, 1862  attack on the Dakota prisoners outside that city as savage, vengeful Amazons. But the German counter-narrative held that the women were deranged by grief, having chosen (oddly) to disinter and rebury their war dead the same morning they knew the condemned Dakota men would be passing by town.

In fact the anti-German sentiment is so strong in the early literature that I remember years ago being surprised to discover that in 1862, there were significant German immigrant settlements in Renville County. (Renville County is on the opposite side of the Minnesota River, northwest from New Ulm, Brown County.) Without the early histories railing against the Renville County Germans and thus highlighting them, for years I wasn’t aware Germans lived there.

Of course, I was wrong. That may seem silly to anybody who has worked specifically on German immigration to Minnesota, in particular experts in the history of Renville and Brown Counties. But the impression I formed was that “Germans” and “New Ulmers” were synonymous.

German Evangelicals were Protestant Christians. Turners were atheists and openly proud of it.

The historical consequence? Google “New Ulm Uprising” to see how pervasive is that now-arcane name for the U.S. Dakota War of 1862. It wasn’t because New Ulm was epicenter of the war (the Lower Sioux Agency was). It could be in part because New Ulm was the closet town of any size to the Lower Reservation.

But geography had nothing to do with the reasoning played out in the media in the 19th century. As New Ulm historian John Isch develops in his 2009 essay,”Divine Retribution?” New Ulm’s atheism was said to have caused the 1862 war as surely as the ‘godless immorality’ of Sodom and Gomorrah brought the wrath of God down upon those cities in the Old Testament. In the Bible story God unleashed fire and brimstone; in 1862 he was said to have unleashed Indians.

In other words, as authors like Harriet Bishop asserted in her 1863 book Dakota War Whoop, Turners got what was coming to them.

Or, as Mary Butler Renville wrote in her 1862 journal, “God may have visited New Ulm in offended wrath, for we have reason to believe they burned the Savior in effigy only last Sabbath, (Aug. 17th;) and their laws are strictly against selling lots to any person who will aid in supporting the gospel.” (the Berlin (WI) City Courant, January 29, 1863; A Thrilling Narrative, 2012 edition, p. 151-52).

I was not aware that Isch had written this article when I was editing the new edition of Renville’s story; I would have cited it because Isch has pages to explore a story I had to summarize.

It has probably been a hundred years since the last historian seriously credited the myth of Godless New Ulm. But that idea continues to infect stories people tell today. (My Google search turned up sources dated 2010 in which living people still refer to the war as “the New Ulm Uprising.”)

Why is that important? Because if we want to come any closer to understanding what happened in 1862, we need to do more than triangulate the available sources to find the majority story. If that was the case, we could confidently conclude the Turners of New Ulm burned an effigy of Christ the Sunday morning before the 1862 war began.

Instead, we can only conclude that the story was very early on accepted as factual even though today, we’d almost certainly asses it as a myth rising up out of the prevailing prejudices of that day.

For the German Turner story of what they were actually up to the morning of August 17, 1862 when they lit the bonfire that immolated their own reputation, read Isch’s article for the rich story I condensed in my note.

Then consider that all human being breathe the air of the times in which they live. Their actions and words reflect what they believe to be true. So we must also consider their mindset, not just what they reported.

Have you found this to be true? Or maybe you disagree? Either way, I hope you’ll feel free to comment.