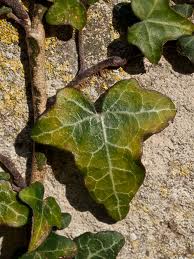 Last week I was honored to get a fat manila envelope in the mail from a new friend at Sisseton. The envelope contained a host of treasures, including copies of files showing that the Bureau of Indian Affairs recognized one of John and Mary’s Renville’s adopted children as John’s legal heir.

In the enevelope was a photo of Ella’s grave marker in the abandoned cemetery at Ascension. Ella Renville, John and Mary’s daughter, lived through their 1862 captivity as a toddler and died at the age of twenty-two of tuberculosis. She was their only biological heir.

My friend told me stories about the cemetery: how after the new cemetery was opened,  the old, unfenced cemetery on the hill above the church became pasture land. How grazing cows had tipped over the stones. With time, the trees from the coulie took over the pasture. So now the fallen stones lie partially buried in woods.

Just like Ella’s stone, which Mary said was always in view when she looked out the windows of her house. The stone dates to around 1882. Once limestone white, a four-year old snapshot shows the stone and its epitaphs disappearing into the forest floor, nearly as green with moss as the ivy that twines around it. Only a few of the largest words are legible: Rev. J.B. Renville, Mary, Ella.

The cemetery map created in 2008 noted it as a headstone marking three graves: John B. Renville, his first wife, Mary, and their daughter, Ella.

But staring at the headstone photo all weekend, other words began dancing up out of the moss. First, the word “cinca.” Cinca, pronounced “chin-cha,” is the Dakota word for “child.” Of course. Ella was John and Mary’s child.

I went back to the beginning and read the stone photo from the top down. This time I saw that “cinca” had a “p” on it, followed by the hint of another, brief character.

Ella’s tombstone says she was not John and Mary’s only child by birth. They had a baby girl, Mary, who died on the day of her birth in 1862. A baby whose grave they left behind at Hazlewood after Little Crow’s soldiers burned the village and forced his captives west during the war. A grave at Hazlewood that was so new it was probably not marked by anything more substantial than a wooden cross.

Baby Mary “now with Jesus.” Buried in a place her family never lived again. Whose life is remembered only in one place: on her older sister’s tombstone in the old cemetery at Ascension.

Yesterday I showed the photo to Gwen, who confirmed the Dakota on the stone. It reads:

Gwen was the first to ask the question, two years ago: why was Mary Butler Renville so frail in her 1862 story? Why couldn’t she lift? Why couldn’t she walk any distance? Why did she lose days of functioning –and of writing in her captivity journal –bedridden? Was Mary one of those nervous Victorian women who could not function without sofas and parlors?

It was a great, relevant question. When we meet Mary in her 1862 journal and 1863 letters she doesn’t seem physically suited to rigors of frontier life.

I answered the question by inserting a few sentences in the book reflecting my sense that Mary had not yet recovered from childbirth. In the absence of any other information, I guessed that Ella’s birth in 186o had been physically traumatic –an idea buttressed by the fact that they had no other biological children. Or so I thought.

Ella’s tombstone says she had a baby sister who died in 1862. Mary Butler Renville was recovering from childbirth and the death of a baby when she was taken captive. Unless baby Mary was born and died September 12 —in captivity. The answer to the question,”When?” is engraved on Ella’s and Mary’s head stone. If we can locate it again, I will be in the company of John and Mary’s family when we discover the answer.

This entry was posted in A Thrilling Narrative. Bookmark the permalink.