Gathered at the River 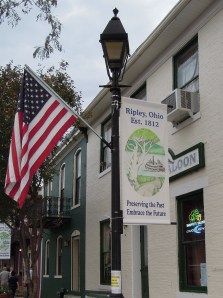 Friday evening after two great days of research, we arrived in Ripley, Ohio, where hundreds of people have gathered to celebrate the 200th anniversary of its founding. 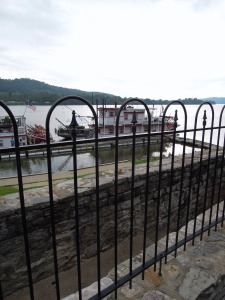 I have no genealogical ties to Ripley. But as Mary Butler Renville’s biographer, I feel like a spiritual descendant of this old town on the Ohio River, the front line in the “war before the War”—the abolition movement that preceded the Civil War. 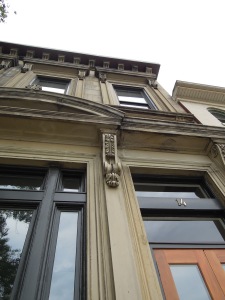 Thursday, I confirmed in the Siebert papers that the networks of the Underground Railroad make it entirely possible that some of the people fleeing slavery who were later aided on their way by the Butlers of Steuben County, Indiana, crossed the Ohio River at Ripley. 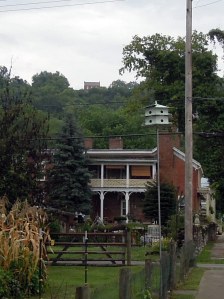 Tonight I stood where they stood, at the foot of Mulberry Street and lifted my eyes to the little house atop the bluff, where the Rankin family placed a lantern in the window to beckon freedom-seekers. And I wondered, as do many who stand at this spot, whether the brick house in the foreground sheltered them from them men and dogs in pursuit through the night. 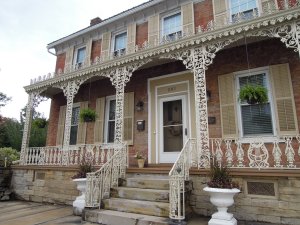 It is known here as the Baird House for its builder. But we call it the Williamson House: the home medical Dr. Thomas S. Williamson purchased in 1831 for his wife Margaret Poage Williamson and their growing family; the home they left behind to move, in 1834, to the place we call Minnesota. 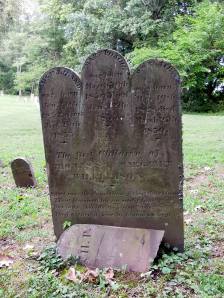 The Williamsons also left this behind: the graves of all three of their children, who died within months of each other in 1832. William Blair Williamason, Mary Poage Williamson and James Gilliland Williamson are buried in the Old Ripley Cemetery, not far from their grandfather James Poage, who exchanged Revolutionary War bounty scrip for 1,000 acres of land in the Virginia Military District and who platted the town that would become Ripley, Ohio. Poage gave the town the land this for its first cemetery.

Hundreds of headstones are gathered here in Ripley on the first rise beyond a river. The Underground Railroad did not exist at the time the first stone was placed.  By the time the last stone was erected, perhaps a thousand enslaved people had crossed the Ohio here, in the words of the old spiritual, bound for Canaan.

This entry was posted in Underground Railroad. Bookmark the permalink.