I love historiography–the story of how history is made. And I love that in this year of 150th commemorative of the Dakota War of 1862, I live at a crossroads where history is being made.

This interview with Scott W. Berg, author of 38 Nooses: Lincoln, Little Crow, and the Beginning of the Frontier’s End (Pantheon, December 2012), is the first in a series of interviews I’ll be posting with people creating modern Dakota War history. 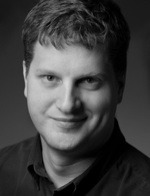 Scott is in town for upcoming appearances in Bloomington (this Sunday, August 12) and New Ulm (Monday, August 20) –details at the end of this post.

After you read this interview, you’ll understand why I am looking forward to 38 Nooses. I’ve read a lot of new work, some of it scholarly rigorous. But rarely do I find great storytelling based on rigorous research. If the book lives up to its manuscript, in 38 Nooses, Scott W. Berg hits both marks.

CRZ: Scott, the first question everyone asks me this year is, “How did you become interested in the Dakota War?” followed by, “Do you have any family connection to the story?” They’re asking, “What was the genesis of the idea for this book?”

SWB: I don’t have any family connection to the story, if by that everyone means “was your family in southern Minnesota in 1862?” My father’s maternal line, Norwegian farmers, arrived at Kenyon in the late 1880’s; my mother’s lines, German farmers and tradespeople, arrived in Illinois and Iowa a bit earlier than that. But of course everyone raised in Minnesota has a family connection to the story.

I left Minnesota in 1992, when I was 26. I had, over the years, absorbed a very pleasant generalized history that began with a retreating glacier, touched on the voyageurs, and then jumped ahead a few hundred years to Bud Grant. Indians meant moccasins, maize, and place names. Almost completely obscured by that broad-brush painting was the specific origin story of the state. 1858 is an important date, but 1862 far more so. And I never really knew. It wasn’t until I moved away from Minnesota, in fact, that I began to read more broadly and deeply about the Dakota War, and I discovered very quickly that the book I wanted to read about the Dakota War hadn’t yet been written.

That’s how it often begins, I think; you go looking for the book you want to read and you don’t quite find it. In the case of the Dakota War, I spent two decades looking for a nonfiction narrative focused on the last half of 1862 that, number one, didn’t treat the story primarily as a military event, and number two, intertwined the federal, state, and local stories—white and Dakota, as far as possible. This isn’t meant to diminish at all the terrific writing that has happened over the years, but it’s also true that I wasn’t interested in re-writing anyone else’s treatment of the events. I didn’t have a whole lot of answers when I started, but I did have many unanswered questions, and that’s the point of all history writing, right?

CRZ: Is 38 Nooses the book that you imagined, or did it change as it emerged?

SWB: About a year’s worth of work went into the book proposal, including sample chapters, a detailed chapter outline, and a research synopsis. The basic idea remained consistent from conception: several biographical threads covering Lincoln, Little Crow, Sarah Wakefield, Henry Whipple, and to a lesser degree Henry Sibley, John Pope, and John Nicolay, all braided together to juxtapose stories that have been told, and in some cases told quite well, but individually and not so much side-by-side. I had many, many discussions during that year, especially about structure, and the decisions I made then seem more or less to have survived over the past five years of work.

What did change in the writing, somewhat dramatically, was the scope and range of the book. Like all history worth telling it’s an infinite job, but despite that awareness of infinity you still start out the project thinking that you’re going to be the one to say it all. And of course you don’t, can’t, and shouldn’t say it all. Still, when it’s over, you sometimes think more about what you didn’t do than what you did do and you hope people appreciate your choices. The effort to present both the larger sweep of events and many of the close-up details means that each addition and each omission is considered, and often re-considered, with an eye toward maintaining forward momentum and clarity without short-changing the difficult meanings and many ambiguities present in the historical record. That part of writing a book never goes as planned.

CRZ: Tell us about your research for this book.

SWB: The job of a writer of history is to read everything, right? Every letter, every newspaper article, every action report, every memoir, every receipt, every diary. Of course you don’t succeed, but you do spend a lot of time trying to index where “everything” is. I spent a preliminary year just reading biographies and autobiographies: Lincoln, Little Crow, Sarah Wakefield, Henry Whipple, Sibley, Pope, Halleck, Hole in the Day, John Nicolay, the captivity narratives, and others; at the same time, I put together a long and detailed chronology with special emphasis on dates with multiple intersections between characters.

Then it was on to four years in the primary sources and the archives. I corresponded with a lot of scholars and writers at various lengths—some are godsends, many are very helpful, and a few aren’t. I spent day after day in the National Archives and the Library of Congress and, in annual August visits, at the Minnesota Historical Society. I made five or six drives up and down the length of the Minnesota River and took a wonderful paddleboat ride in 2010. And of course I went online—as everyone knows now, it’s almost embarrassing how much material is out there for the viewing, stuff that us over-40 types feel slightly guilty using without leaving our own houses. I also had help from my family in Minnesota—a lot of help, especially of the photocopying variety, a boon never ever to be underestimated.

CRZ: Have you published before?

SWB: Yes. Since 1999, I’ve written feature stories on and off for the Washington Post and the Washington Post Magazine, seventy or so articles to date, many of them on historical topics. My first book was Grand Avenues: The Story of Pierre Charles L’Enfant, the French Visionary Who Designed Washington, D.C., also published with Pantheon and Vintage Books. It’s the story of how Washington, D.C., came to be, viewed through the lens of one brilliant and temperamental designer and his relationships with George Washington, Alexander Hamilton, Thomas Jefferson, and other persons more famous than L’Enfant. What links that book to 38 Nooses, other than a general concern with the actions of less well-known individuals within larger systems, is that both are origin stories—the one a tragedy with a very belated happy ending, the other a tragedy still in search of an ending, an ending that, for all of the well-deserved attention (including my book) now being paid to the 150th anniversary of the Dakota War, seems as elusive as ever.

CRZ: What do you do when you’re not researching and writing books?

SWB: Well, I try to be a good father to my boys, 9 and 7, and a good husband, even during writing deadlines. (I think I hear someone laughing.) I’m on the English faculty at George Mason University in Northern Virginia, twenty-five minutes outside of Washington, D.C.. I teach what they call “creative nonfiction,” including classes in writing narrative history, memoir writing, science writing, and American nonfiction literature. I also coordinate the internship program for our English majors and graduate students. It’s a busy and exciting region of the country for working nonfiction writers—reporters, journalists, writers of history, memoirists, critics, professional and technical writers—as well as for students of writing.

CRZ: When will copies of 38 Nooses be available?

SWB: December 4 of this year, and thanks for asking. Watch for the book at your favorite bookstore (independent or chain), on your e-reader, or in your local library.

CRZ: Where can we find more information about the book and your appearances?

SWB: Come November, one month before publication, we’ll have revamped www.scottwberg.com and launched www.38nooses.com; as they say, coming soon! Those addresses will lead to the same website, and contain information about readings, research, reaction, and more. In addition to my August pre-publication talks in August, I’ll be doing talks and readings in Minnesota, Chicago, DC, and probably New York, all in December and January; those dates and locations will be posted.

Sunday August 12, 2012 2:00 PM, Scott W. Berg is speaking at the Gideon Pond House in Bloomington, MN on What Makes A Good Story? Writing Narrative History Many people have an idea for a book they’d like to write, but don’t know where to start. Scott W. Berg, author of the forthcoming historical narrative 38 Nooses: Lincoln, Little Crow, and the Beginning of the Frontier’s End and a member of the creative nonfiction faculty at George Mason University in Fairfax, Virginia, talks about the art and craft of moving from idea to book. When do you know that you’ve done enough research to start writing? What is the role of style, plot, setting, and character development in a work of narrative nonfiction? Join us for this second event in the Pond Dakota Society’s “History in the Making” series, featuring a diverse set of practitioners of history taking us behind the scenes of their work.

Monday August 20, 2012 at 1:00 PM at Turner Hall in New Ulm, Minnesota, Scott W. Berg is speaking on Lincoln, Little Crow and the U.S. Dakota War of 1862, followed at 2:00 PM by Gwen Westerman on Choosing Sides 150 Years Ago, both part of the outstanding Legacy-funded Dakota War of 1862 speaker’s series put together by Kris Wiley of the Traverse des Sioux Library System.