Stories that Measure the Human Heart 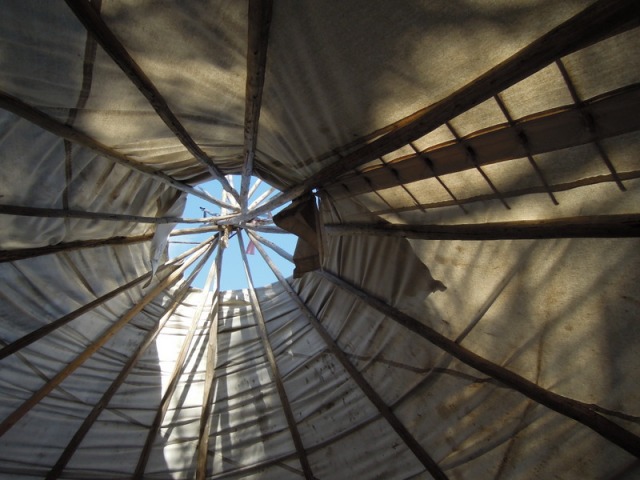 Minnesota stands of the verge of one of the most poignant commemorations of 1862. Over six days, from November 7-13, 2012, Dakota people and their allies will march roughly 150 miles from the Lower Sioux Agency near Morton, Minnesota, to an internment camp site at Fort Snelling, near St. Paul.

Those who march, and those who remember, honor the 1600 Dakota prisoners of war –innocent men, women, and children –forced to march on a similar trek 150 years ago known as “Minnesota’s Trail of Tears.”

Establishment historians call it “remarkable” that more Dakota people did not die during the 1862 march, referring to the relatively few Dakota deaths recorded in white-authored sources.

But for 150 years Dakota people have orally documented stories about deaths, persecution, and torture along the march route: stories that didn’t make the history books until the 21st century.

In 2002, the year of the inaugural Commemorative March, I had never heard this part of the story of U.S. Dakota War of 1862. But once I began paying attention, I discovered there were many primary-source references, so many that I wondered how we white folk had collectively managed to forget November, 1862.

Except for the obvious reason: Who would want to remember?

By 2008 I was persuaded that the relative absence of Dakota deaths documented in period sources is misleading. Measured by numbers, the story is disquieting, self-congratulatory: “See? It could have been so much worse. Military discipline averted disaster.”

Instead, as the 2012 Commemorative March unfolds, I suggest we read the documentary record the other way: for what these stories tell us about the human heart.

I won’t pretend to be objective. My historian persona will supply primary evidence. But I am keenly aware it is my other self –my mother-self –that feels the weight of these stories. What would it have been like for me and my daughters, bereft of my husband, to be subject to the race hatred, the sexual objectification, the terror of being guarded by soldiers whose hearts harbored the things they later confessed?

I will focus on stories told by soldiers who guarded Dakota prisoners 150 years ago. The documentary record clearly shows that soldiers were not the only ones who felt this way. Calls for “exterminating” Dakota people blanketed Minnesota newspapers by August 22, 1862.

But the Minnesota frontier, as the story of the Dakota marches open, was eerily empty, depopulated by the death and terror and weeks of war. The Minnesotans who lived permanently in the eastern part of the state, and the thousands of others who had fled there, could do little more than rage at the Dakota from afar.

Ironically, this means that even with winter approaching, the  Dakota people who had surrendered at Camp Release were comparatively safe, geographically isolated on a vacant frontier.

But it was not an empty frontier. There were about 2000 soldiers accompanying Sibley’s expedition tasked with guarding the Dakota. So while this series will widen to embrace the attitudes and actions of settlers as the march moves east, it starts near the war’s Ground Zero inside the mind of settler soldiers.